A tale of two words

Richness and diversity are very different things. Richness describes the number of species in a community while diversity is a function of both the number of species and the evenness with which they occur (roughly equivalent to population size). For example, if two meadows are known to contain 10 species of wildflower, they will have the same richness. If, however, one meadow includes a single individual of 9 of species and 91 individuals of the tenth species, it will have a lower diversity than the other, if that second place should have 10 individuals belonging to each of 10 species. So, it’s one thing to say that a meadow is rich, and quite another to describe it as diverse. Which is better? Perhaps it would be instructive to remember that it may not be a good idea to put all of your eggs into one basket. Having said that, communities and ecosystems aren’t able to put anything anywhere but those which have, for reason of history or circumstance, developed greater diversity may be less prone to the potentially negative impacts of disturbance and will be more stable. I tell you this by way of arguing that ecosystems are in delicate balance and we should tread lightly. The Jainist religion teaches that the way to save one’s soul is to protect every other soul. Its most central teaching is that of Ahimsa. Literally translated, it means to be without harm, to be harmless, not only to oneself and others, but to all forms of life. The toad is considered an indicator species. Amphibians live in both aquatic and terrestrial environments. They breathe with gills, when in the water, and use lungs when they are on land. Many species may augment oxygen supply by taking up that gas through the skin. Some terrestrial forms lack lungs altogether and are entirely dependent upon skin respiration. Because their delicate skin is especially subject to the injurious effects of radiation, disease, and toxins, amphibians may be the proverbial Canary in the Coal Mine, the first to show the effects of environmental degradation. 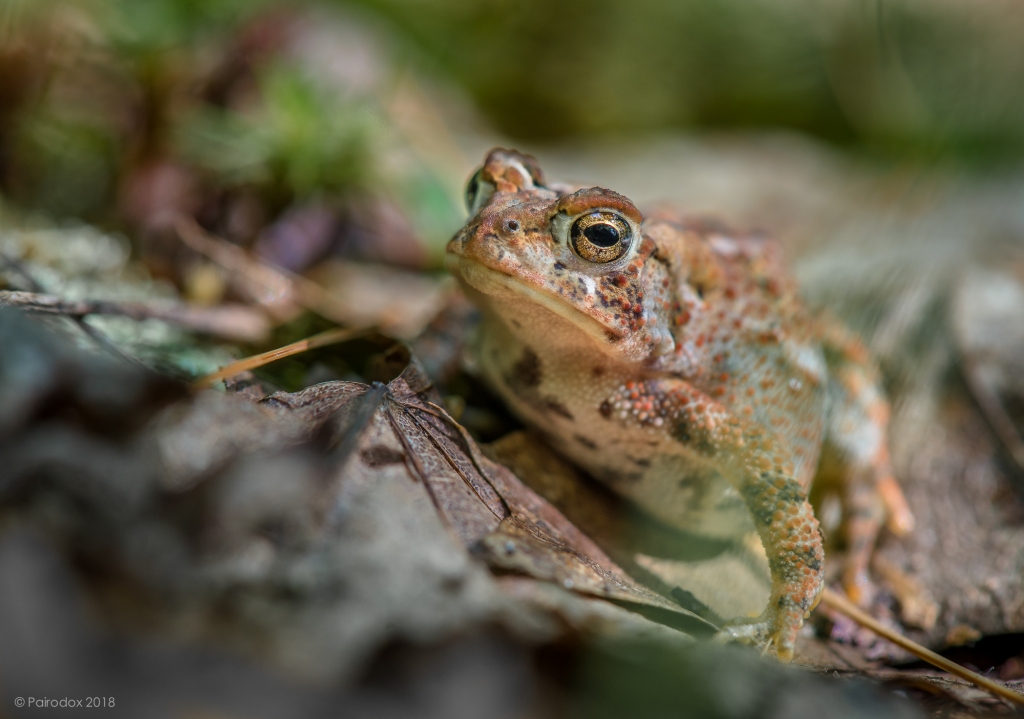