Of names and naming

The weather was fine and the pastures were dry, so it was possible to lay about in the tall grass without getting soaked. Sheilagh, on the left, and a ewe lamb were my subjects. I was introduced to the name Sheilagh on March 17 of last year in a blog post at Duck? Starfish? But … 23? entitled Sheilagh’s Brush Came Early. For those not from Newfoundland, or parts thereabout, Sheilagh’s brush refers to what I would call a Nor’easter except Sheilagh’s brush is a very particular coastal storm which occurs around the time of St. Patrick’s Day. Late in the season, such a storm is viewed as the last of winter, so Sheilagh brushes winter away. Our Sheilagh was born just five days later, on March 22, and both the name and our wintery weather were lingering so we thought the label entirely appropriate. The ewe lamb was born this past April 8th and is now a bit more than four months old. Joanna says the brown fleece showing on this little one is comprised of sun bleached tips and that we will find her to be black underneath when she is relieved her fleece next spring. In something like the way in which the ear lobes of a laying hen indicate the color of the eggs she will produce (white ear lobes among breeds that lay white eggs, and red ear lobes among breeds that lay brown eggs), the inner membranes of the eyelids of a sheep are a good indicator of adult fleece color (brown membranes for moorit, or brown, fleece and black membranes for black fleece). The black eye lids, along with the black around the eyes and in the ears and nose tell us that, as a yearling, this ewe will be spotted about the face in black, she’ll sport a white yoke, and have a black body. The term, in Shetland dialect, for this pattern is Yuglet. Joanna likes the name Panda. Perhaps we should go for something like Su Lin, after the first Giant Panda brought to the US (back in 1936), or either Ling-Ling or Hsing-Hsing after the Pandas given to the US by China following Nixon’s historic visit there in 1972. What do you think? 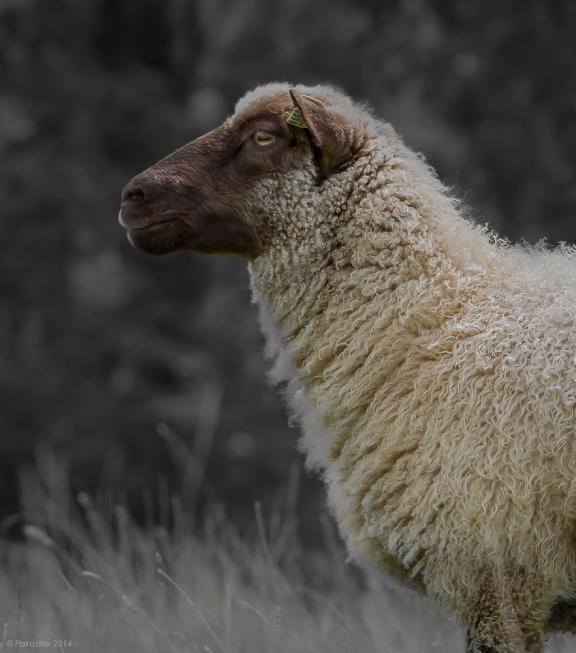 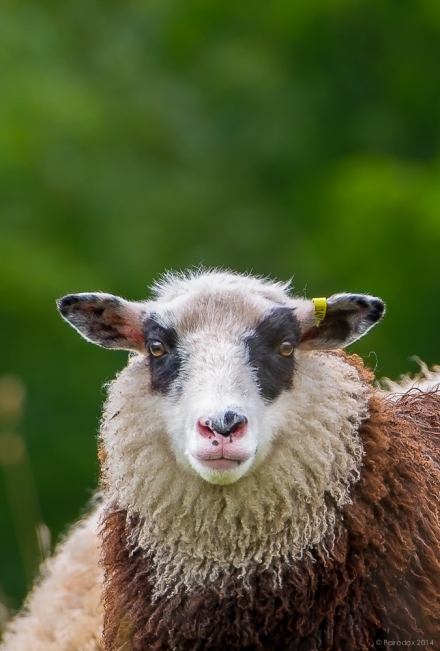