Pairodox was cold today. Although other parts of the country were faring much worse,  -7ºF at sun up, 0 at morning chores, and 5 at afternoon chores was plenty cold for me. The animals are fine save the Anatolians, Argus (12 years) and Hank (13), who asked to be allowed to spend the night bedded down in the barn. The horses got double rations and I pulled a bit more hay than is usual for the ewes. The thermometer reads 1°F now but the wind has died and that will make all the difference. Beginning tomorrow we’re promised a thaw and those who prognosticate such things say we’ll approach 50ºF by the weekend. This has been a crazy winter of rapidly changing conditions. Did I hear somebody say climate change? By the way, the title of this post makes reference to my very first thought when I came upon this ice formation in Tarkhill Run the other day. POSTSCRIPT: Simply had to update this post with an alternate title suggested by one of my most dedicated followers … Winter on a Stick! Love it. 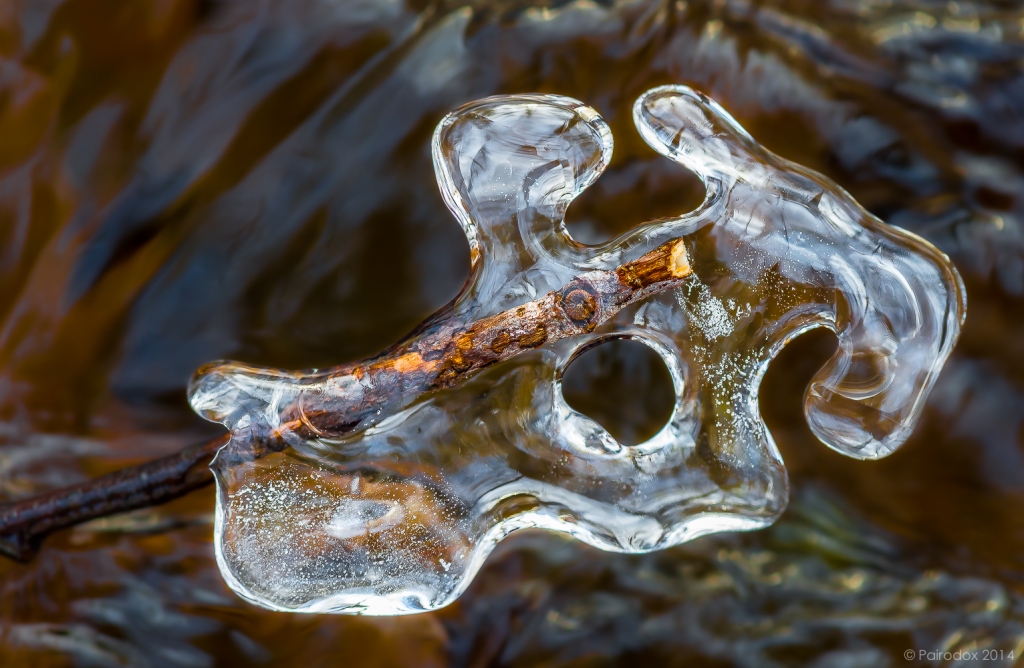