We passed the terrestrial flotsam of a derelict Scout camp while on a walk last week. Among the ruins are an infirmary, a workshop, a pump house, and three capacious bunk houses. If my understanding of local history is correct, the place was abandoned and then vandalized after hurricane Agnes did its worst in the flood of June, 1972. It struck me that most of the damage was of a particular sort. Sure there are signs that kids had forced a few locks, but the majority had been wrought by the weather and by any number of living things. There are collapsed walls and roofs are waterlogged and infused with mold and other fungi. Floors are deep with the evidence of rodents. There is something about the tooth and claw marks in the exterior walls that tell of the work of other, larger, four-legged creatures intent on access to the relative warmth and shelter of these places. Mattresses, bed springs, chairs, and desks are all around. Silent. Neglected. Although damaged, I wonder why these otherwise sound and potentially useful structures were so quickly abandoned? It seems a shame to have let go and to acquiesce to the slow and patient work of entropy. When negotiating the halls and spaces of these buildings I was surrounded by eerie silence. I don’t know why I found it so for I do not think that I expected somebody or something to emerge from out of one or another dim recess. Temperature sensitive nerves help us discern subtle movements in the air around us and as I raised my camera to compose each shot the neurons lining exposed skin at the back of my neck and ears were primed to respond to movements of the invisible. My ears strained as my attention was drawn from my surroundings to concentrate on my subjects. The click of the shutter provided welcomed relief, allowing me to lower the camera and turn my attention elsewhere. I suppose I am a study in contrast for I do enjoy places such as this, but I am disquieted by them as well. Although the camp sets on private property I do not believe it was the fear of trespass that worried me. What was it then? It fascinates me that I do not know. 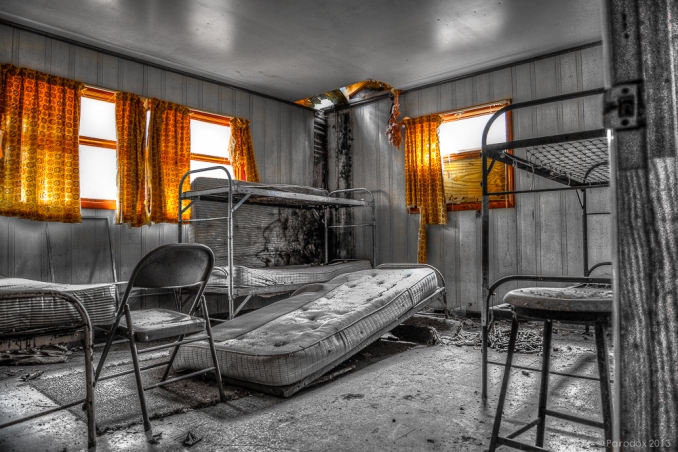 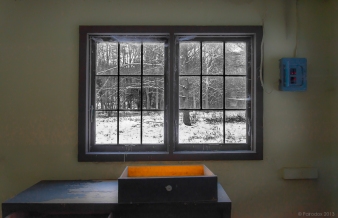 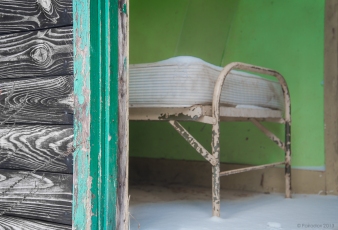 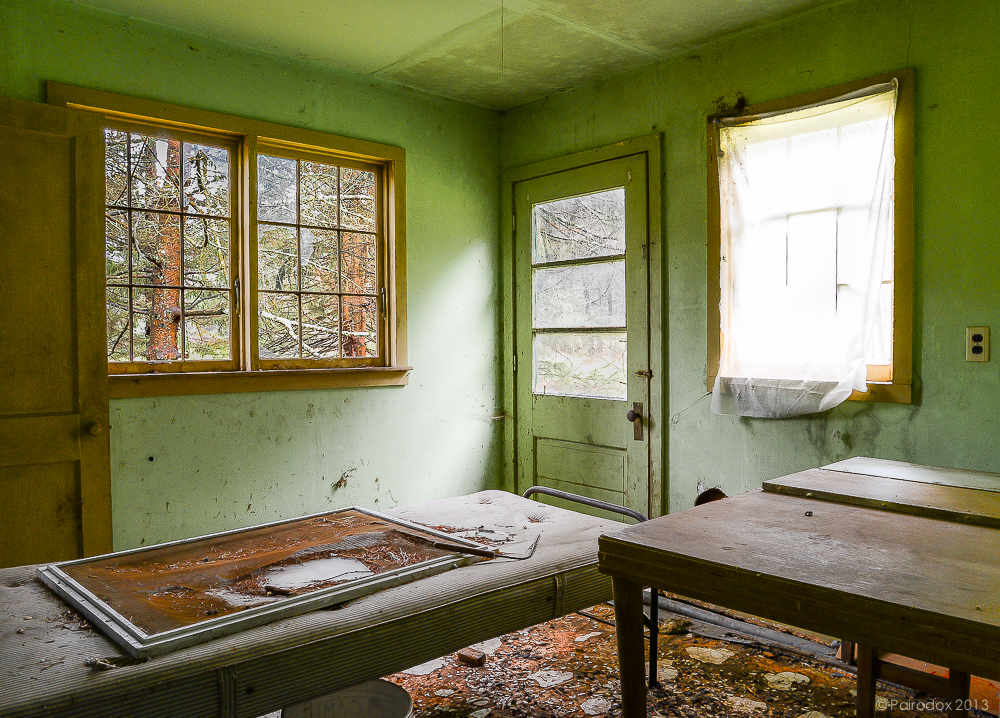