Blessing of the bikes

I had known of the tradition of the Blessing of the Fleet, in which invocations were intended to ensure safe and bountiful fishing, but Pennsylvania is home to a number of traditions to which I had not been introduced when I moved here. Among these are Buck Season, Doe Day, Spring Gobbler, Black Powder, the First Day of Trout, Spot Lighting, Pon hous, Pig’s Stomach, the ‘Regatta’, River Lots, and the Fanny Float. Although nearly all of these out-of-door traditions center around hunting or the Susquehanna River there is one which does not and that is the Blessing of the Bikes. Like its maritime equivalent this blessing focuses on very good wishes for a safe season of biking. One of the guys down at the feed mill belongs to a church which sponsors this event and last time I was down to purchase feed he suggested I drop by to view the spectacle which took place this past weekend. The event was scheduled for Sunday at eleven and Joanna and I had plans for an early afternoon bike along our local Rail Trail. When I arrived at the church I quickly realized that the schedule of events included a service which would take place before the ceremonial blessing which would be followed by a mass exodus (no pun intended) and road trip through the nearby Sugar Valley for an afternoon of fellowship. I was on a tight schedule so I grabbed a few images, none among them was the one I had conjured in my mind in anticipation of this event, and then left for my date with Joanna and the tandem. Although I was disappointed not to have experienced the Blessing of the Bikes I was able to marvel at several hundred tripped-out motorbikes and just as many very interesting people. 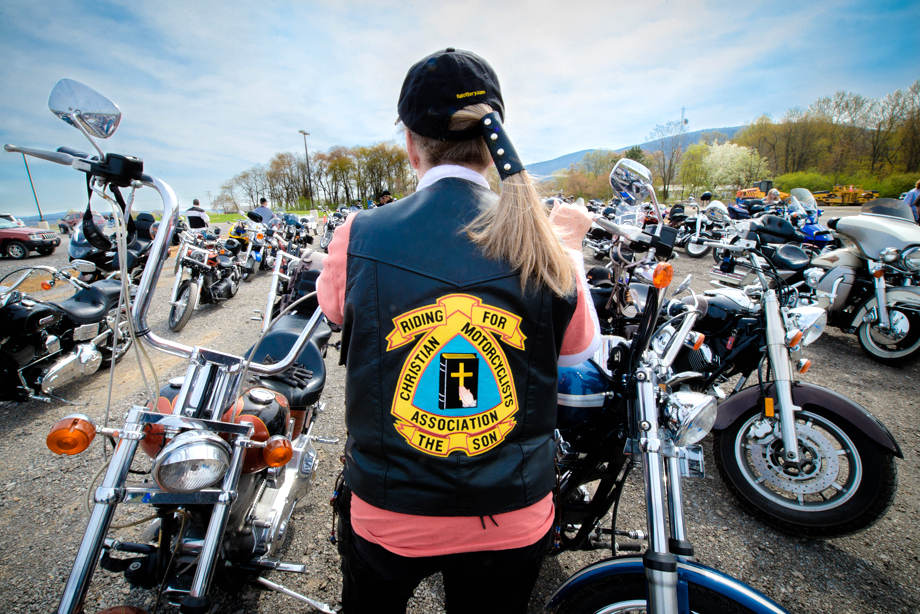